Who Said Monocles had been ultimately replaced? – One Eye Lenses are Back

You are here:Home-As Seen On, Fashion, News-Who Said Monocles had been ultimately replaced? – One Eye Lenses are Back

Who Said Monocles had been ultimately replaced? – One Eye Lenses are Back 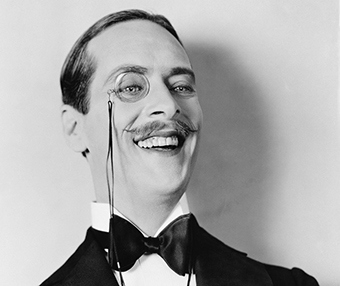 Dating back to the 19th century, monocles had been initially specifically designed to correct eye defect on only a single eye. The lenses consisted of a single ring connecting a string to the wearers clothing to keep it intact. In the 19th century, the monocle (one lens eye glasses) had been solely associated and worn by wealthy, upper-class individuals and denoted a certain untouchable snobbish arrogance. However, the military officials eventually tagged along and adorned it for the same demand for respect motive; I guess we could say the wearers did quite stand out then.

Today, specifically in the 21st century, the monocle which had been ruthlessly replaced by the normal eye glasses made for both eyes seems to be slowly coming back in. However, unlike in the past days where the one eye lenses depicted uniqueness and class, there is no telling how long this new discovery will last before it is buried back with the ancestors. 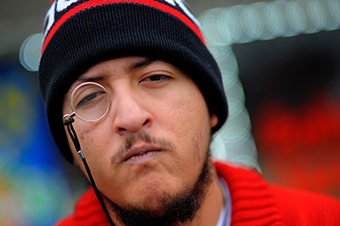 With the many emulators of invention today and the desperate desire people possess to keep up with the trends, it is worrisome that this new, old discovery will rather be misrepresented and end up being just a fashion fuss. According to Hose Vega, a Miami aspiring rapper who has been recently spotted wearing a one lensed eyepiece says that he adorns the monocle for exclusivity; that it sets him apart.

The word in town is that hipsters in Manhattan, Dublin and Berlin have been spotted in cafes and restaurant adorning these same one lensed eye pieces. Another intriguing statement is that of a monacle seller in Britain who says his sales of monocles over the last five years have doubled which also goes to show that people have been purchasing these one lensed eye pieces. However, the stunning mystery is that with responses from many interviewed reporters, scientists and mere citizens, none have attested to having laid their eyes on anyone openly wearing a monocle. So is it that the buyers have been wearing them indoors or have they been adding them to their artifacts gallery?

While it would seem an achievement owning a monocle piece, regardless of whether you get to wear one or not, all the signs are there that the one lensed eye piece is about to rule on trend. With just a little push and the right trend emulators in place, I want to bet the monocle is about to be the next big thing.

About the Author: Arjun Sagar